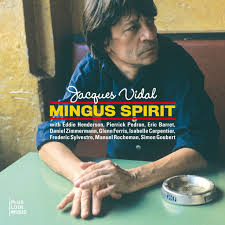 Jacques Vidal became interested in jazz when he was fifteen.

After co-founding the French group Magma in 1969, and a first experience as band leader in 1975, Jacques Vidal went on to make numerous tours and concerts with such musicians as Pepper Adams, Joachim Kühn, Jean-Louis Chautemps, Christian Escoudé, Tony Scott and  Archie Shepp to name but a few. Jacques has recorded around twenty albums as a side man or with his long-standing friend, the guitarist, Frédéric Sylvestre. In 1994, he formed a quintet with which he has produced 4 albums.